The Trump administration has finalized a historic peace deal with the Taliban. On Saturday, Secretary of State Mike Pompeo looked on as leaders signed a long-awaited peace treaty in Qatar.

About 4,400 U.S. troops will return home over the next few months as part of the deal. A full military withdrawal will depend on the Taliban’s long-term compliance and Afghanistan’s overall stability.

“Today, we’re realistic,” stated Pompeo. “We are seizing the best opportunity for peace in a generation built on the hard work of our soldiers, diplomats, businessmen, aid workers, friends and the Afghans themselves.”

The U.S. and the Taliban sign a peace deal that would withdraw all U.S. troops in 14 months if the Taliban were to uphold its side of the agreement. pic.twitter.com/T05UPBZH6D

The deal aims to bring an end to 18 years of violence in the region. Pompeo has emphasized the Taliban must keep its promise to cut ties with terrorist groups and remain committed to a decrease in violence.

This week, President Trump expressed the deal with the Taliban will be a “powerful path” to ending the nearly two-decade-long war in Afghanistan. In a statement, he said if the Taliban and Afghanistan’s government live up to their commitments, there will be a path forward to ending the war and bringing the troops home.

“I thank the hundreds of thousands of American warriors who have proudly served in Afghanistan,” he added. “These agreements are a result of the strenuous efforts of those who fought so hard in Afghanistan for the United States of America.” 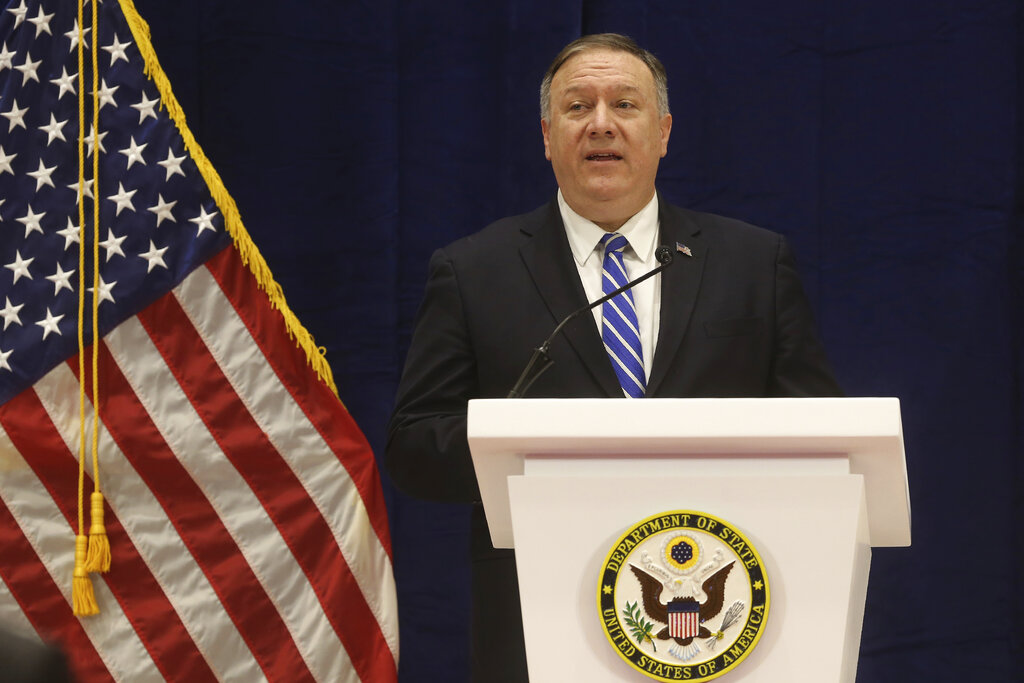 Defense Secretary Mark Esper reaffirmed the Trump administration’s support for Afghanistan after the signing of the Taliban peace deal. During a news conference in Kabul on Saturday, Esper emphasized the U.S. is committed to continue assisting Afghan security forces.

He expressed that this is a hopeful moment, but only the beginning of a long road towards lasting peace. He stated the deal is the best chance for peace in the country since 9/11 and added the U.S. continues to respect the integrity of the Afghan people.

“Earlier today, President Ghani and I made a joint declaration, alongside the Secretary General and General Miller, of our commitment to carry out that agreement, which begins with an intra-Afghan dialogue between the Taliban and Afghan government,” said Esper.

The defense secretary went on to say that withdrawing the troops from Afghanistan will take many months and will depend on whether the Taliban follows through with the commitments they’ve made.

“Achieving lasting peace in Afghanistan will require patience and compromise among all parties,” he added. “But for the first time in many years, Afghanistan has a real path toward the future this country deserves.” 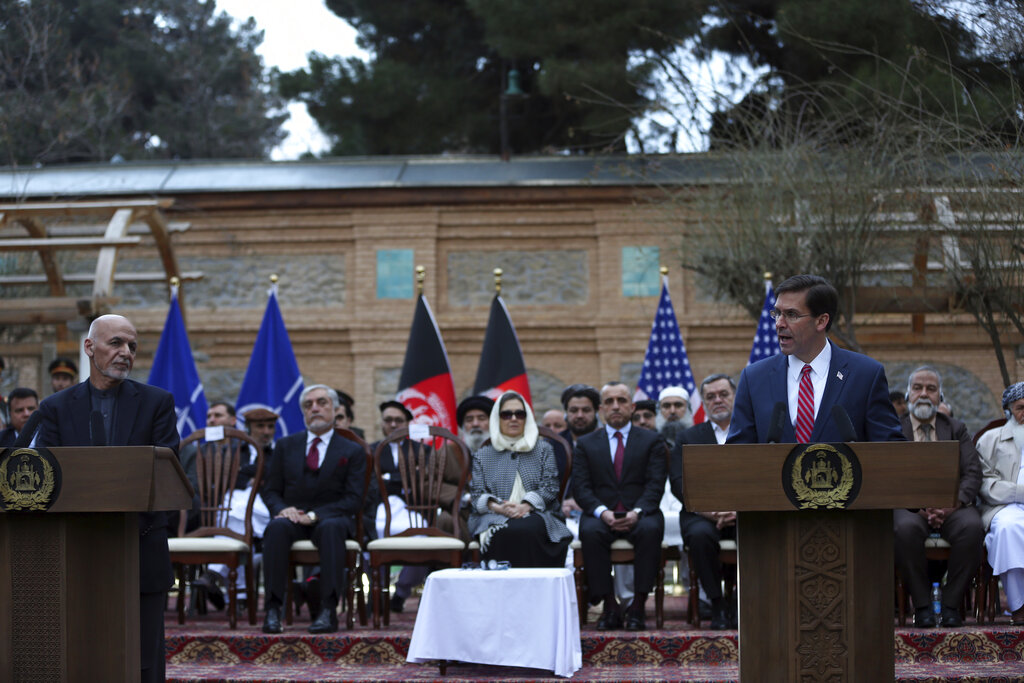 Battle Between Freedom and Communism