by Weaver and by Brian Shilhavy
Editor, Health Impact News

Climate Engineering. As the world has been dominated for the past year by the fake threat that the Globalists want us to believe COVID-19 presents, a much greater risk to human health and the very life that exists on this planet has been covered up, until now.

In a very well documented and brilliantly produced explosive new film just released, The Dimming, by Dane Wigington of GeoengineeringWatch.org, conclusive evidence is presented to show that the planet earth is not being destroyed by global warming as defined by the Globalists, but it is being destroyed by the Globalists themselves through their weather modification efforts to dim the sun by spraying nanoparticles into the atmosphere and then using microwave transmissions such as 5G to weaponize the weather.

The horrendous forest fires on the west coast late last year, the nuclearized winter storm that recently hit Texas, and one that is currently hitting Denver as this is being written, are all related to the Globalists’ militarized weather modification programs.

These climate engineering programs that are spraying dangerous nanoparticles into our atmosphere every day, and then activated by EMF radiation like 5G, are causing far more sickness and disease than any virus can, including producing “flu-like” symptoms.

Dane Wigington has interviewed some the world’s top scientists and authorities on climate engineering and its effects on life and health in this film, including:

Patents for Weather Modification have Existed for over 100 Years

Dane Wigington reveals in this film that the U.S. government and private military contractors have had weather modification patents going back over 100 years into the past.

Climate engineering is the crown jewel of the military industrial complex.

Climate engineering has been used to destabilize and topple nations all over the globe facilitating military occupations by hostile countries, like the U.S.

The Unseen Danger of Nanoparticles 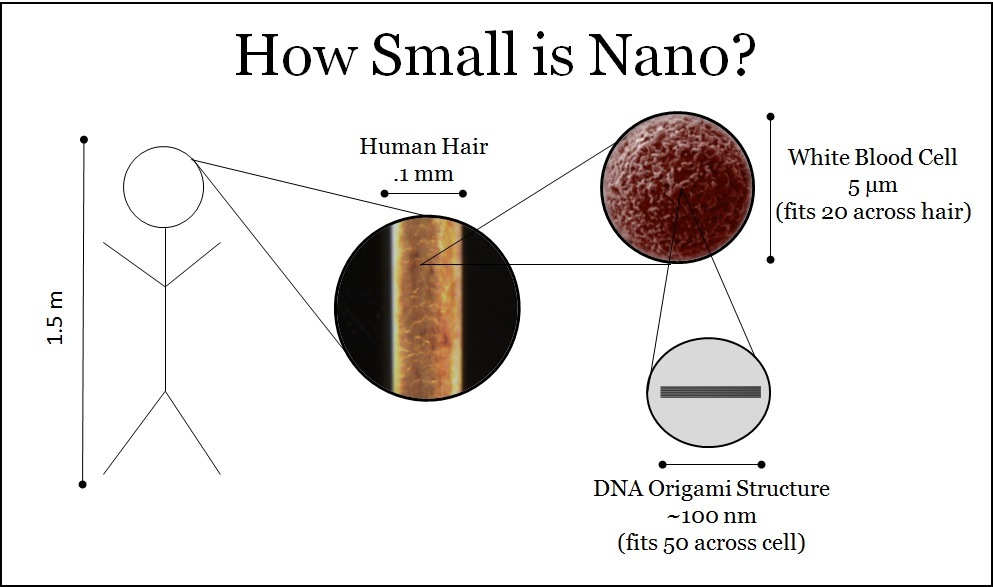 Nano-Toxicity: Are Nanoparticles in Food and Our Environment the New Health Epidemic? 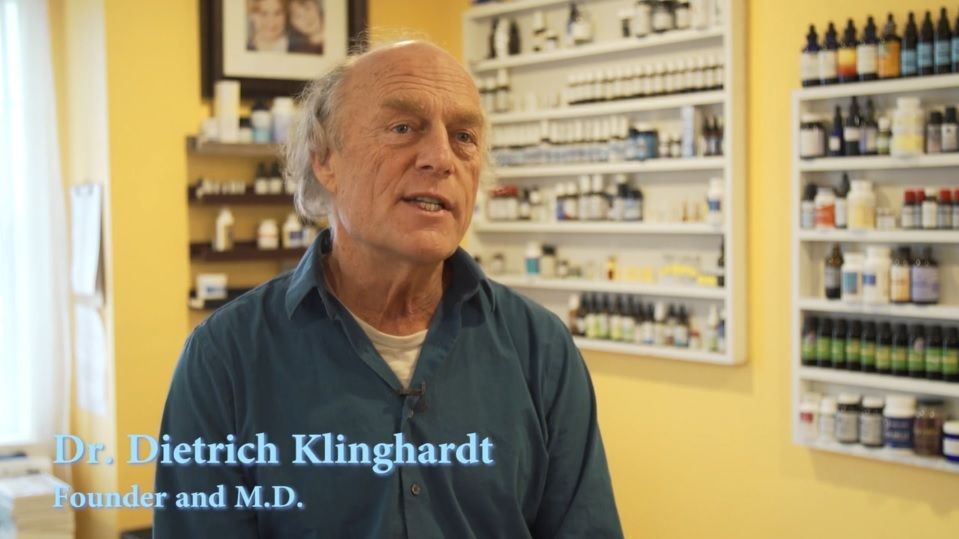 The German doctor featured in the second article (I encourage everyone to read BOTH articles) is Dr. Dietrich Klinghardt of Sophia Health Institute, who is also interviewed and featured in The Dimming, by GeoengineeringWatch.org.

Dr. Klinghardt explains how the nano-aluminum poisoning affects our health, especially when combined with other toxins in our environment, such as the herbicide glyphosate, which is in most of our food, and with microwave radiation from smart meters, cell phones, Wi-Fi routers, and cell towers (which are now upgrading to 5G.)

According to Dr. Dietrich Klinghardt, MD, PhD, the ingredients of the persistent contrail formula that is being sprayed in the upper atmosphere by jet aircraft contains nanoparticles of aluminum (in several forms) along with barium, strontium, mercury, plastics and various other ingredients. Even viable Lyme disease cysts and other biological substances have been found in the nanoparticle dust that is falling from the sky.

Dr. Klinghardt has contributed significantly to the understanding of metal toxicity & its connection with chronic infections, chronic illness, & pain. He has been instrumental in advancing various fields within biological medicine, and regularly sees patients in the Sophia Health Institute located in Washington State and in his German clinic.

In Germany, his understanding of modern illness and his methods for assessing and treating modern chronic illnesses are being used by two thousand doctors.

Dr. Klinghardt identifies two powerful factors that are destroying the health of Americans. They are environmental toxicity from the interaction of various toxic metals and glyphosate, and environmental exposure to electromagnetic frequency radiation from technology that uses microwaves. (Read the full article.)

Lipid nanoparticles—where do they go and what do they do? – The BMJ (bottom of the article)

One of the major problems Dr. Klinghardt found in his practice when we interviewed him in 2017, was that there were very few laboratories in the world that could even measure and detect nano-aluminum.

But in explosive film footage contained in The Dimming, Dane Wigington was able to acquire a NOAA flying lab to collect air samples at high altitudes to confirm that these nano particles exist in our atmosphere, and match samples taken from precipitation on the ground.

This is MUST-SEE film footage!

“Global warming” is obviously real, as we see its effects all around us, but the cause of this planet melt-down is one of the biggest cover-ups in maybe the history of the human race.

Governments all over the globe, and the entire climate science community are telling the population urgently that climate engineering operations, solar radiation management operations, need to be immediately deployed to try to mitigate the warming of our planet, to try to preserve what’s left of its life support systems.

And yet when the public, those that are awake, try to bring to the attention of academia and elected officials that we see climate engineering already being conducted in our skies all over the globe, it’s already been deployed.

Lab tests prove it, film footage proves it, documents prove it – and yet we have the continual denial from the climate science community and official agencies telling us that we’re not really seeing what we’re seeing in the skies.

They tell us, if climate engineering were deployed, it would look exactly what we’re seeing in our skies, but then again they tell us that we’re not really seeing what we’re actually seeing.

That is the true definition of insanity.

These operations should be considered the most insane endeavor ever deployed by the human race.

These operations are systematically derailing all of earth’s life support systems.

In the attempt to blot out the sun, the myopic short-term objective of trying to cool the planet while worsening the overall warming.

The climate engineers, if these operations are allowed to continue, are pounding the nails into our collective coffins.

If the climate engineering operations which are derailing earth’s life support systems are not immediately exposed and halted, all other challenges for the human race become moot, because the planet will no longer support life.

Those funding and profiting from the myth that global warming is a man-made problem that government and Wall Street now need to come in and “fix” are familiar names, such as Bill Gates.

By blaming global warming on the population, rather then the Globalists themselves, it is easy to see how the Globalists want to come in and control every aspect of our lives all in the name of “saving the world.”

This is what is behind many of the plans for the future put forth by the United Nations, the World Economic Forum, the Rockefeller Foundation, etc.

Apparently, however, their goals of removing human rights and taking over the planet all in the name of stopping global warming were not advancing quickly enough, so as we know all too well now, the Pandemic was implemented at the beginning of 2020, and now fear over “the virus” has greatly accelerated their plans as people of all political ideologies have basically surrendered their liberties freely in return for false protection from a eugenic-oriented new class of products, the COVID “vaccines,” which are not even really vaccines at all, but a human operating system called “the software of life.”

The whole false “global warming” narrative has been basically a “left wing/liberal” idea that divided people along political ideologies, but fear of the virus so successfully crossed ideological lines, that tyranny has now advanced much more rapidly.

How Do We Stop This? Transparency is Needed to Expose Their Plans

How do we stop this insanity before the planet can no longer sustain life, which might be only a few years away?

That’s the focus of this film, The Dimming. First, make sure you watch this film yourself so you can be educated on this topic. Next, share it far and wide so people can understand what is happening in the skies above us, that is destroying our health, and destroying our planet.

If populations around the globe find out what has been done to them by their governments without their knowledge or their consent, there will be a shock wave around the glove that cannot be contained by the criminal governments that have now taken control of our planet and civilizations all over the world.

What we’re watching financially is a great deal of public policy being promoted on the theory that we have climate change. And yet in that discussion, we never talk about, well what’s all this spraying, and how is that involved.

And the brilliance of inflicting a drought is there’s no popular support against you.

So this kind of invisible warfare, if it can be done, is very effective.

Just bringing transparency will shift so many things, that it will make it extremely difficult.

Because you cannot manage an entire planet with overt force, only with covert force.

If we bring transparency to who it is in the covert force, it shifts everything.

This is a FAR greater issue than even the COVID issue.

And while the roll-out of the COVID DNA changing vaccines is the most imminent threat to humanity, and will continue to be our main focus here at Health Impact News for the foreseeable future, for those of us who successfully resist getting injected with the experimental “vaccines” and their human operating system, we still have this threat of climate engineering we have to deal with.

Because if we don’t deal with it, we will all die very soon as the planet dies.

Watch the full documentary, The Dimming. This will probably be the most important film produced in 2021.